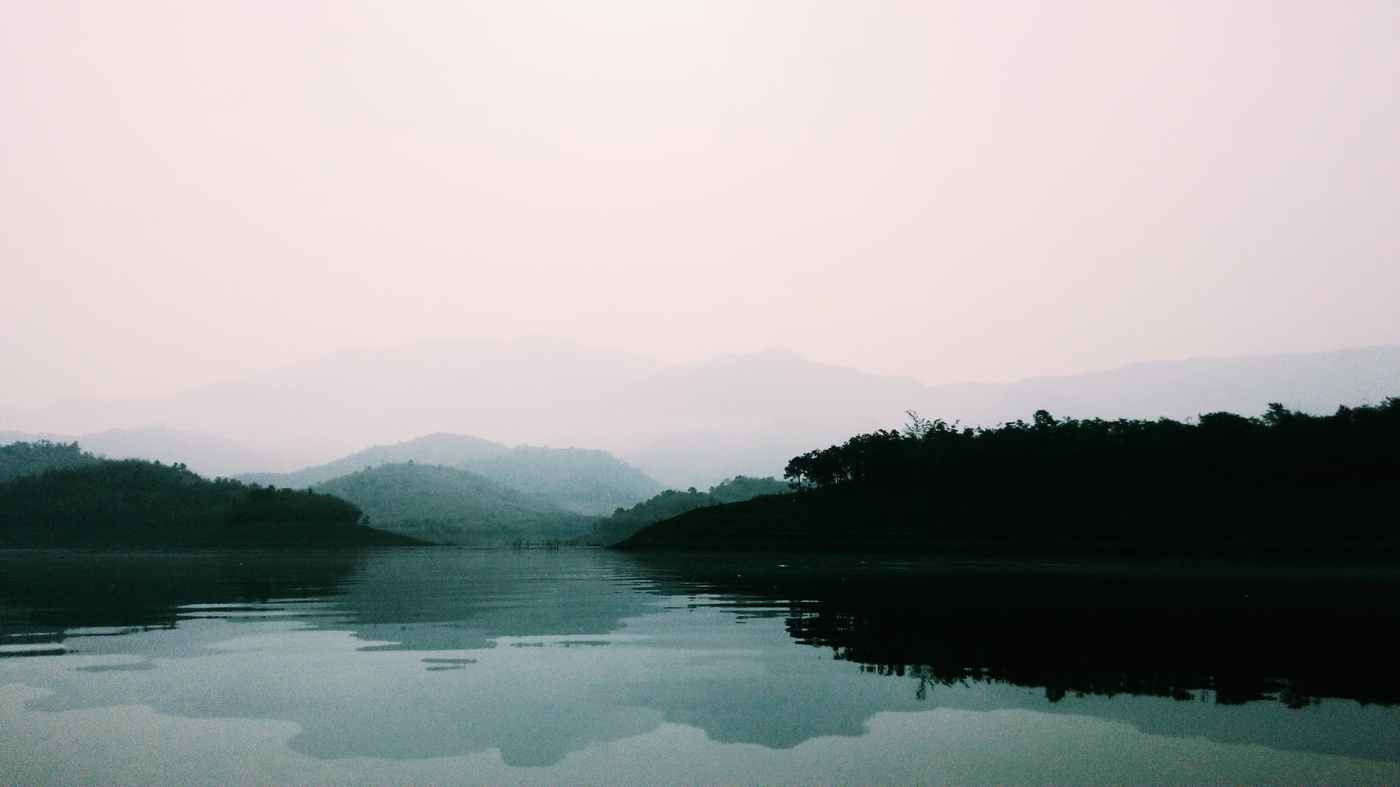 “Huh… I never noticed that before. See up ahead where the river makes a sharp bend? There’s a hill up on that bank, covered with trees. See it? I’ve seen it before… only not here. The Mekong. Just like that—the river bend, the trees. A hundred clicks north of Nha Tau. It’s funny the things you remember…

“There was nothing around for miles. It was so quiet—just the grumble of the engine and the wash of the wake. You barely noticed it after a while. It had been raining for three straight weeks and this was our first clear day. The whole sky was blue, except for the longest cloud I’ve ever seen—like a white train inching across the horizon. Not even a bird flying. We cruised right in against the bank. The boat had to slow down, you see. Sharp turn… Boon was leaning over the side. Even if we had been looking for them, we wouldn’t have seen a f***ing thing in those trees.

“I heard the first whistle pass by, and I just… went blank. It was like… it was like it didn’t register or something, you know? Another whistle—Daley was screaming at me now—“Get the f*** down!” Boon got spun round and dropped on the deck—hit in the shoulder. Then it really started. TAT-TAT-TAT-TAT-TAT! F***ing firestorm raining down from the trees. I snapped out of it then, all right. I scrambled up beside Daley and grabbed my rifle. We held hands for a moment. Two nights prior we had been… intimate. I’ve never told anyone that before. It was the only time I’ve been with a man.

“Chatters had the engine roaring and we were on our way out, but for a good thirty seconds—a bloody eternity—we were sitting ducks. Daley stood up, white with fear, and started firing into the trees. Then he just stopped. He dropped his rifle and sat down. He was muttering something. I couldn’t… it was so loud, the gunfire… I couldn’t hear him. How do you like that? His last words and I couldn’t f***ing hear him! He slumped forward. His right eye was a big black hole.

“I remember Fenley was at the stern, trying to mow down the jungle with an M16. Ha! He made a good show of it too, until he took two in the chest. He slid down onto his back. I could see his face. Fenley was the toughest guy I ever knew. He didn’t just talk tough—he was genuinely hard as nails. We got drunk one night when I first arrived and he confessed to me some of the stuff he’d done there. Bad stuff, you know? Excessive. Sadistic. Said he captured an enemy soldier once—no older than sixteen, he reckoned—and then… Anyway, it weighed on his conscience. Didn’t stop him though. Well, there he was on the deck, staring up, and I never saw such terror in a man’s face. You know how they say people see the light as they die? Well, I think Fenley caught a glimpse of his own eternity—only it wasn’t the light he saw.

“The rest of us made it. And, you know, I could live with watching those guys die like that—it was war, and for whatever f***ed up reason, that’s the way it goes. But what eats me up is that I just lay there and watched them die. I never fired my gun. I just hid, like a coward. And it probably saved my life. What do you make of something like that? Try not to think about it, I suppose… And up on the left you’ll see the state museum, currently hosting the amazing Creatures of the Ice Age exhibit. Definitely one not to miss. Well, that brings us to the end of our tour. As you disembark the ferry, please make sure you have all your personal belongings. And for the children in Mrs Clark’s grade five class, please remain seated until all other passengers are off the boat, and wait for your teacher’s instructions. Thank you for riding with Sunshine River Tours, and we hope you enjoy your stay in the city.”