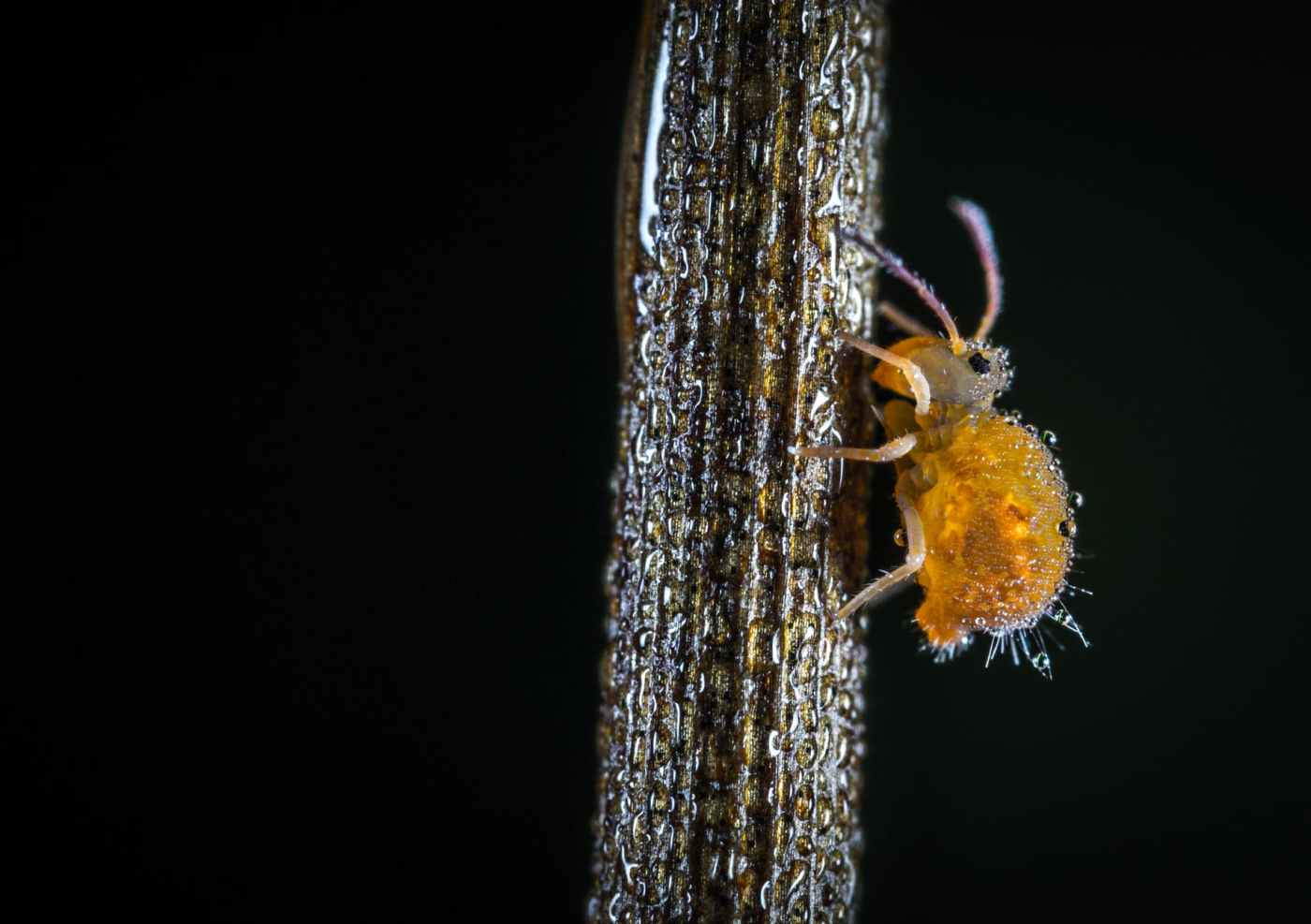 Abdul McGee was an unhappy man,

All who knew him would bear witness,

Each one filled with envy and bitterness.

Finally, in his misery he wished:

“Give me any life but this.”

Next morning Abdul awoke from sleep,

And could scarce believe the sight he saw,

The walls were gold from ceiling to floor.

Abdul stammered, “Is this my house?”

It was, and he had also been turned into a louse.

It took a while for him to comprehend,

The wondrous change that had taken place,

But it became clear to him in the end,

For everyone had six legs and an insect face.

He looked in the mirror with his big bug eyes,

He squinted and stared, and then he smiled.

He said, “If this crown on my head is any clue,

I don’t believe it’s too bold to surmise,

That things are looking up for old Abdul,

It appears I’m now the king of the lice!”

With his two front legs he straightened his crown,

And wrapped his thorax in a red royal gown.

Yes, it was true, Abdul was the king,

His wine was abundant, his food the best,

He had no lack of any good thing,

And, what’s more, he now had respect.

Though a louse, he was king, Abdul had it all,

Except a louse queen, so he threw a grand ball.

All the fair maidens from throughout the kingdom,

Put on their best dresses and glittering shoes,

And came to the palace, the party was swinging,

And then it was time for the king to choose.

Each one tried her best to catch the king’s eye.

His servants said, “Sire, now choose for yourself,

A bride from these beautiful ladies right here,

A wife who will love you in sickness and health,

And make you happy for all of your years.”

Abdul looked about and started to sweat,

Then pointed and shrugged, “I choose that one, I guess.”

The guests all gasped, some shrieked and wailed,

It took Abdul time to sense his faux pas,

The bride he had chosen was actually male,

Abdul thought it funny and started to laugh.

“I had no idea that louse was a dude,

You all look the same—I don’t mean to be rude.”

A riot broke out, Abdul had to hasten his

Parasite butt straight out of the palace,

They hunted him down with the utmost malice.

Abdul said, “How soon is respect turned to hate,

Perhaps being famous isn’t so great.”

He ran for his life, pursued by the crowd,

Then he came to a deep and icy stream,

In the king plunged and sank straight down,

Then awoke, with a start, from that horrible dream.

Abdul, once again, was an ordinary man,

With an ordinary job driving his van.

From that day Abdul smiled a lot more,

And cared a lot less for what he didn’t have,

He forgot what he used to be bitter for,

He no longer saw things as quite so bad.

And the only drawback of his getting wise,

Was that he from then on refused to treat his rampant infestation of head lice.