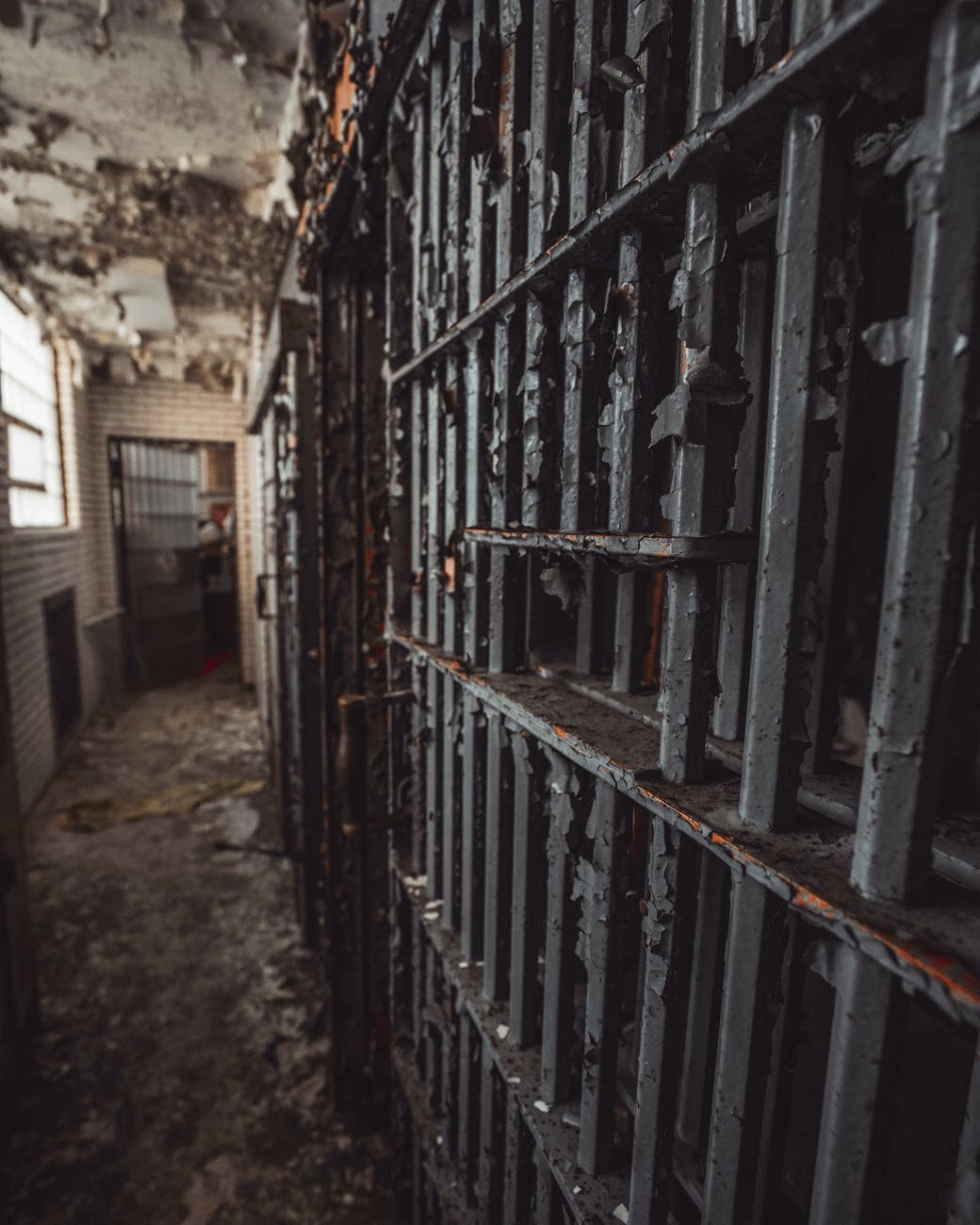 The sky is blue today. Leafy trees, just taller than myself, line the path. Eight months of the year they are bare, arching over like claws. Now they are lush and green. One month a year they flower. Now they are in full bloom. Wide, open stars of deep red. Around me, men are either bowed and broken, or masked, concealing secrets. I wear my mask too. These flowers are shameless and guiltless, naked, spreading outward, soaking the sun and bobbing in the breeze. They are relics of Eden (safer not to mention that either). I cannot enjoy them.

The trees are for when the prison receives official visitors. It makes the place seem humane. “The inmates asked for a garden,” they say. It’s true. It is also true the bodies of the inmates who asked for the garden are buried beneath it. They don’t tell the visitors that.

Zima stops, looks up, around. A breeze winds through the trees. The old man in front of us lifts his weary hands and cradles a bright, blushing flower at the end of the young branch that has bowed to meet him. The flower is as big as one of his hands. I recognise the flowers, from his painting. His eyes are wide with wonder, as he holds the blossom as if it were precious crystal. He dares to lean in and inhale its fragrance. He releases the flower and watches it, a bird flying away, right before his face. “A good time to die,” he says. His voice is raspy, yet there is spirit in it.

A long siren blares over the speakers. Zima’s eyes widen and he smiles. This is something I have never seen, and did not believe would exist. He is overjoyed and speechless. He looks to the heavens, almost wishing there was a god to praise. He turns to me and slaps my shoulder. “Victory!” he shouts. “At last, it is here! Our leader has given us victory. Now there shall be peace and plenty.” He leans back and laughs.

I imitate him as best I can. I watch him in that moment, study him, and I think… I think… he actually believes it.

“Ah,” he sighs with pride, “to be at the capital now. The celebrations—the music, the parades, the planes flying overhead…”

Yes. But victory did not come by laziness and pity, and so it must be guarded with equal diligence. His face dissolves into seriousness once more. He grabs the prisoner by the scruff of the neck and thrusts him forward. We march again.

And now we are here. The old man stops on command. He doesn’t need us to tell him to face forward. He waits still and silently. Zima nods at me. I see the suspicion in his face. This is how I prove myself. I take the glove off my hand and remove my pistol from its holster. Now is the old man’s last chance to run, to fight, to scream, to beg—to make some desperate effort at salvation—but he doesn’t. I will come to learn they never do. Occasionally a tear, often a prayer, and in rare instances a defiant, “get on with it!” But no escapes, no fights, no protests.

The air is silent after the siren. I step forward and level my gun. There is no sentence to be read—at this point we don’t bother with bullsh**. Crack! Birds flee the surrounding treetops. I look down and the old painter is collapsed. His foot is turned in at an unnatural angle, but aside from that he is just like all the others. Zima claps me on the back and laughs a humourless laugh. The suspicion in his face is gone—for now. He tells me I stood too close, and that’s why I have blood on my uniform. I look down. He’s right. I don’t care.

I unshackle the prisoner, and Zima and I march back. He is in a good mood, speaking to me of the glories of the revolution, and of the dawning way of life.

I thought it was because of the flowers.

One thought on “A Slow March (The Final Part)”