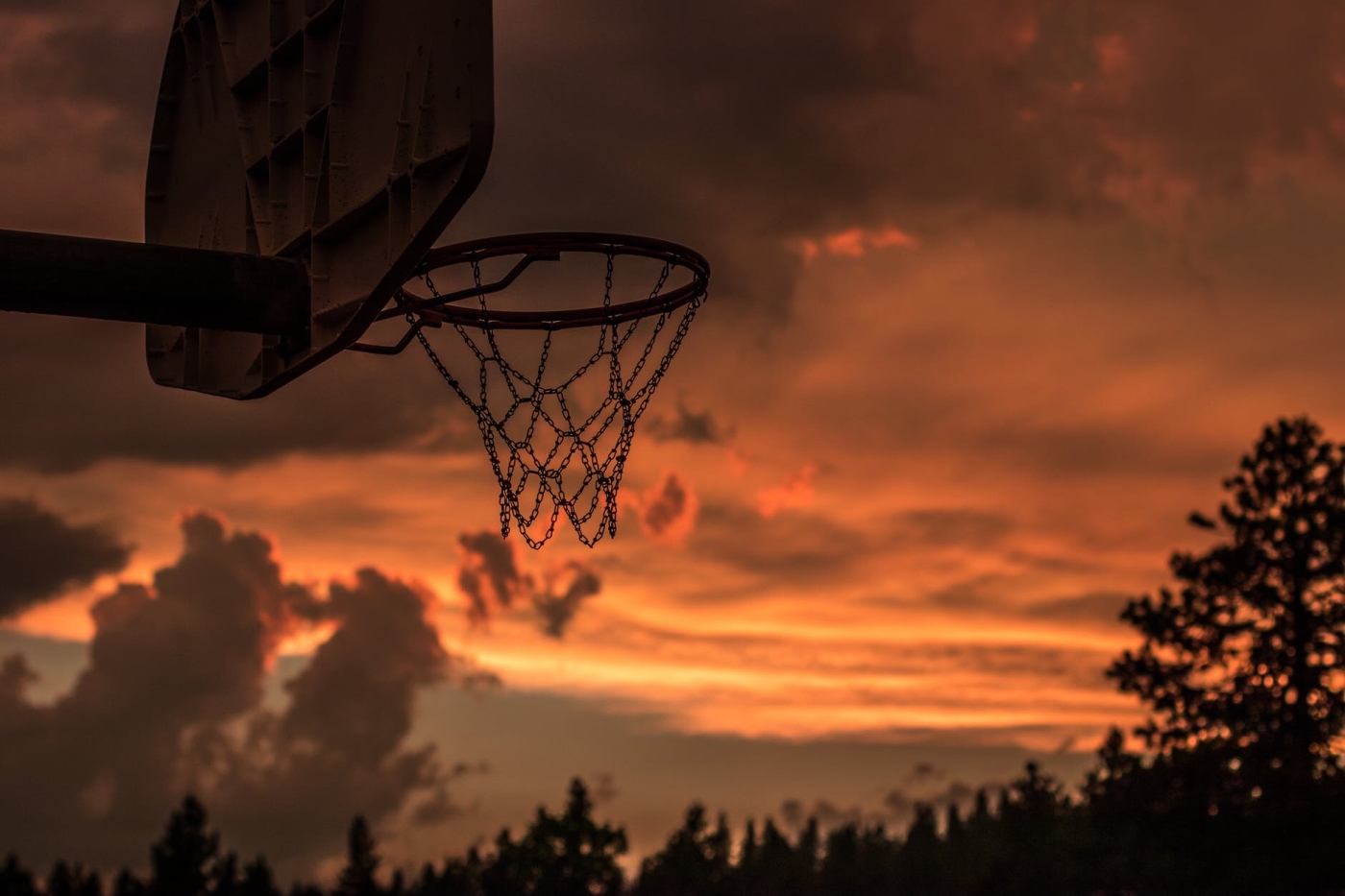 Drexel put down his bag of chips. The silence waited. He reached for the remote control and pointed it at the television.

“Why did you pay three dollars for me?” said the basketball, from its position at the end of the couch.

Drexel lowered the remote. He looked at the basketball. “What?”

After a short silence the basketball answered in a displeased, inquisitive tone, “At the garage sale the other week, when you bought me—why did you offer three dollars?”

Drexel shrugged. “I dunno. Three sounded like a good number.” There was a long silence. He raised the T.V. remote again.

“I know you had ten dollars in your wallet,” said the basketball.

Drexel put the remote down and faced the ball. “Ten dollars?”

“Yes,” said the ball. “I saw inside your wallet—I bet you didn’t know that—and you had ten dollars in there.”

“You had ten dollars in your wallet.”

“Don’t give me ‘probably,’” said the ball, imitating Drexel’s voice as she quoted him. “You either did or you didn’t.”

Drexel sat up. “Yeah, okay,” he said defensively. “I did have ten dollars.”

“Right. So why did you offer Paul three dollars for me?”

“Oh, the guy from the garage sale.”

“Yes—that Paul. You had ten dollars in your wallet, but you only offered him three for me. I just want to know why, that’s all.”

Drexel thought. “Well,” he said, “it seemed reasonable. It was a garage sale, after all.”

“And what is that supposed to mean?”

“Nothing! It was a garage sale. I wasn’t even looking for a basketball and—”

“No, I’m just saying. I didn’t know what would be at the sale, and then when I saw you I made an offer. That’s how garage sales work.”

The basketball sighed emphatically. “And three dollars is all you think I’m worth.”

“Don’t say it like that. You know that’s not it. You have to haggle, start the bidding low—you know.”

“I’m not talking about Paul,” said the basketball, becoming flustered. “I’m asking you—why did you only want to pay three dollars for me?”

Drexel turned toward the television and picked up the remote. “I don’t need this. You know, if it wasn’t for me you’d still be sitting on top of a fridge in a garage.”

“Oh yes,” said the ball, it’s voice faltering, “instead of sitting here on your stinking couch all the time!” The ball sobbed.

Drexel rubbed his forehead and looked at the ceiling. He put down the remote. “Look… I’m sorry if I upset you.”

The ball sniffed. “Do you regret buying me?”

There was a short silence, before Drexel replied, “No, no I don’t. I mean, we had that great afternoon at the basketball court.”

“Oh my God, is that all you can think about? Is that all this is to you?”

Drexel threw his arms up. “What did you think this was? I’m a guy, you’re a basketball.”

“Oh, give me a break,” yelled Drexel, getting to his feet. He headed for the kitchen.

“Oh yeah, that’s right,” called the basketball, “walk away. You’re pathetic.” The ball sniffed, and then said in a calm, spiteful voice, “You can’t even sink a jump shot.”

Drexel stormed back into the room. “That’s bullsh**! You know how windy those outdoor basketball courts get.”

“I hate to break it to you, honey, but the wind had nothing to do with it.”

One thought on “Drexel and the Ball (Part 3)”