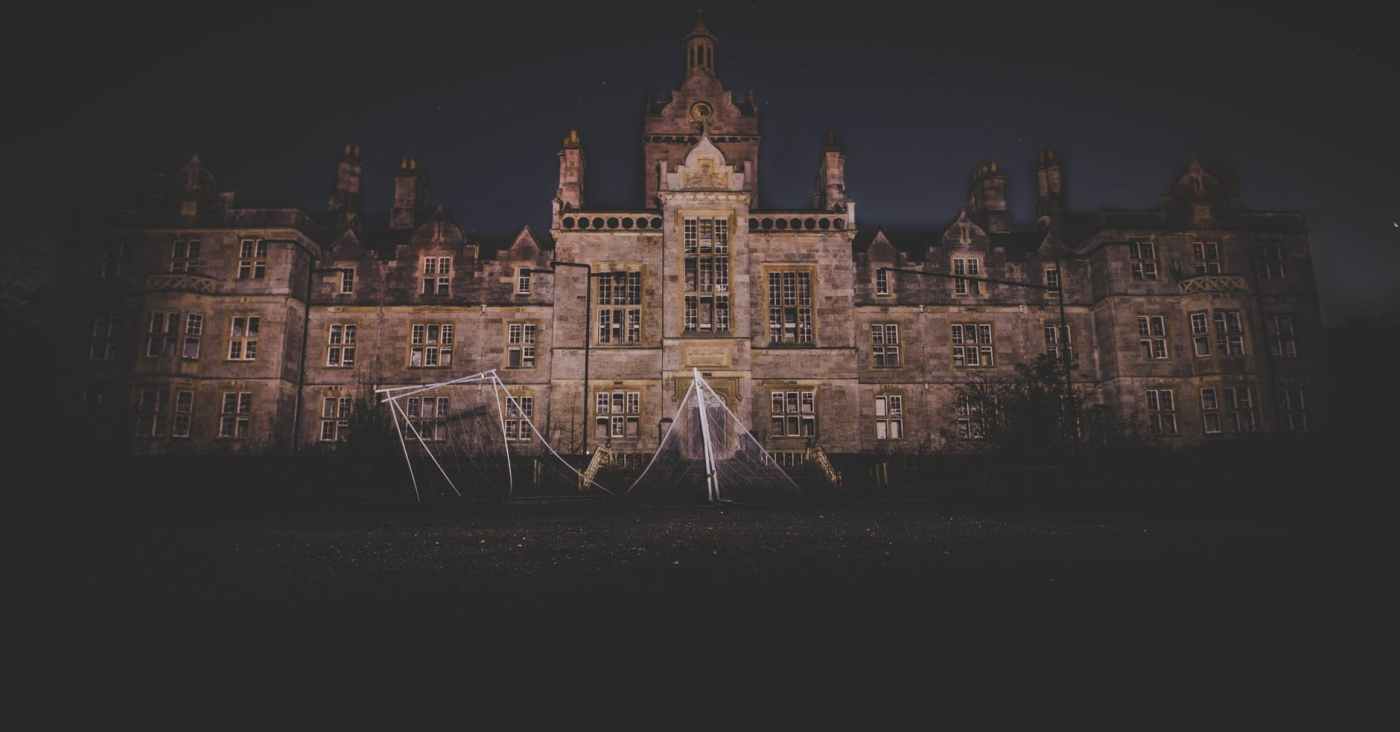 “You don’t have to go in that last room,” said Gary. He smiled. “You could stay here. With two of us it wouldn’t be so bad. We could play football every day.”

Victor nodded and returned a half-hearted smile. His brow knitted as he looked at the flower in Gary’s hand. “That’s a daisy, isn’t it?”

“Yeah. They were my mum’s favourite.”

Victor stared at the blooming daisy bush. “Do daisies usually flower in summer?”

Gary smiled and shook his head. He leaned toward Victor and whispered, “I made the flowers come out. I make the plants have flowers all the time.”

Victor knelt and plucked a daisy. He held it up before his face. “So, even the flowers are cursed.”

Gary shrugged. “I suppose so.” He smelled his flower and then placed it in the dirt beside the daisy bush. He smiled at Victor, and then turned and ran up the courtyard, bouncing the football as he went.

Victor watched the sixty-year-old boy frolic, kicking the football and talking to himself. He looked down at the daisy—forced to bloom—in his hand. He tossed it back into the garden and stood up. At the end of the courtyard, the football spun up in the air and fell into Gary’s cradling arms. He ran and fired a low kick at the courtyard wall; the ball thumped off the stone; Gary raised his arms and mimicked the adoring cheer of a football crowd.

“I can’t stay here,” said Victor to himself. He watched Gary celebrating his imaginary goal. “And he’s been here too long.”

As Gary ran down one side of the courtyard, bouncing the football and evading make-believe tacklers, Victor walked up the other side, toward the entrance to the pool room. He opened the door, looked back at Gary (who was celebrating another spectacular goal), and then entered the house, closing the door behind him. He crossed the wide, empty room, entered the hall and turned left into the bathroom. In front of the mirror he examined his reflection, and then looked himself in the eye. After a solemn, silent minute, he stood straight with his shoulders back, took a deep breath and nodded to himself.

Wincing as he raised his shoulder, he lifted the top of the sling over his head and gently removed it from his arm. His left shoulder was swollen, and the thick brown stripe of a bruise ran along his ribs beneath his arm. He bent down and picked up his shirt that he had left on the floor, then looked with apprehension at his injured left arm. “Do you want some help?” said Gary.

Victor turned around and saw him standing in the doorway, the football tucked under his arm. “That would be great.”

Gary entered and set the football down beside the bathtub. He took the shirt from Victor and held it open. “Here you go.”

“Thanks, Gary.” Victor turned side-on, straightening his left arm by his side and carefully feeding it down through the long polyester sleeve. He squeezed his eyes shut as Gary lifted the shirt up and onto his shoulder. “Just give me a second,” he said. He sat on the toilet seat, nursing his left arm.

Gary watched with a look of concern. He waited until Victor’s discomfort seemed to ease, and then said, “You’re going to face The Dragon Lady, aren’t you?”

Victor looked up at him and for a moment said nothing. Then he nodded. “Yes, Gary. I have to.” He stood up. “Could you help me get this other sleeve on?” Gary held the shirt for Victor to put his right arm through the empty sleeve, and then lifted the collar up and onto Victor’s shoulders. Victor fumbled one-handed with the button at his neck. “I think you’re gonna have help me with my buttons, too.”

Gary nodded. He stood in front of Victor and straightened his shirt collar, then began buttoning with his thick, old man fingers. “Aren’t you scared of dying?” he asked.

“I’m sh**scared,” said Victor, with a tiny quake in his voice. Gary stopped buttoning and gave him a confused look. “That means I’m really scared,” explained Victor. “But I can’t stay here.”

Gary finished buttoning the shirt. “I was terrified of dying,” he said. “But it turned out to be different than I thought.”

Victor looked at him nervously. “What do you mean, different? Better… or worse?”

Gary squinted at the ceiling. “Hmm… just different. It was, I don’t know… It was like I saw death as a rock at the bottom of the ocean… but then it turned out to be a star right in front of me.”

“I wish I knew what that meant,” said Victor. He began tucking his shirt in with his free hand. “Hey, uh, would you mind—my tie and jacket are in the bedroom.”

“Oh okay, I’ll get them,” said Gary, racing off down the hall.