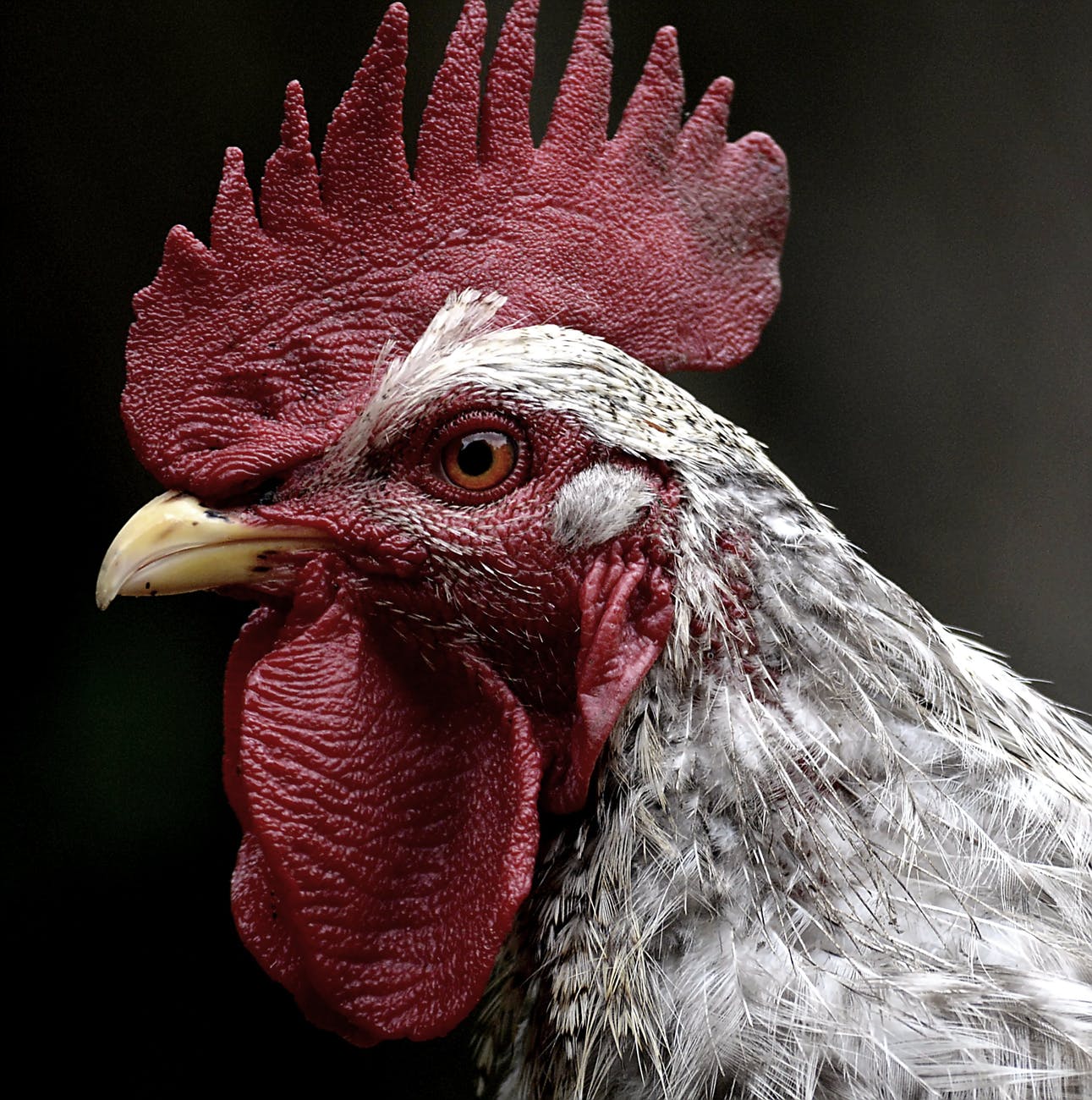 The next few days enjoyed the same peace, apart from a couple of minor interruptions that were ignored by most: Rosie clucked frantically each morning, declaring somebody was stealing her eggs; and the little chick who claimed to have seen the owl in the chief rooster’s shed disappeared.

Five days out from the new moon, and the coronation of the new chief rooster, Ivan woke the farm at dawn with a long crow. Immediately, Rosie’s mad clucking filled the henhouse. “It happened again!” she shrieked. “My egg! Where is my egg?”

“Oh, give it a break, Rosie,” said the other hens.

“No! I won’t. It has been nearly a week now, and every egg I’ve laid has been stolen.”

The chicks scurried out of the henhouse and down the ramp to the yard. The hens stretched their wings and followed.

“Stop!” yelled Rosie. “Where are you all going?”

The roosters rolled their eyes and left the henhouse, and Sonny put his wing on Rosie’s shoulder. “Rosie,” he said, “Are you sure you laid—”

“Enough Sonny! Of course I’m sure. Someone is taking my eggs.” She covered her face with her wing and sobbed. “Why is this happening?” She sniffed and wiped her beak. “This never happened when Winston was chief. I wish he were here now.”

Sonny smiled and nodded. “I know,” he said.

Later that morning, Mr McGinley, basket in one hand, bucket in the other, made his daily visit to the chicken yard. He scattered a few handfuls of grain from the bucket, then took his basket and entered the henhouse, ducking beneath the low roof. The chickens flocked to the feast; Sonny waited to the side, sitting on the grass while the bigger roosters ate their fill. Mr McGinley stepped out of the henhouse five minutes later, then rubbed his chin as he watched the chickens pecking and scratching. His old black gumboots paced gently through the crowd of hungry birds until he came up behind Rosie. Sonny stood up. With a swift, silent dip, Mr McGinley scooped Rosie up in his hands before she knew what was happening. She began pecking and clucking for dear life; the other chickens, focused on their meals, seemed not to notice. Mr McGinley, unable to control Rosie upright, flipped her upside down and held by the feet with one hand. He bent down and picket up the basket of eggs with his other hand, and then walked back up the hill toward the farmhouse. Rosie screamed. “Help! Help me! I laid this morning, I swear it! Someone took my egg!” Her terrified eyes fixed on Sonny as she passed him, swinging in Mr McGinley’s sturdy grip. “Sonny!” she screamed. “Sonny, help me. Please! Sonny!”

Mr McGinley trudged up the hill to the farmhouse, where he set the egg basket on the kitchen windowsill, and then he carried Rosie around the side of the house. Sonny followed at a distance. Past the old wooden barrels went Mr McGinley; Rosie flapped and twisted, trying to escape his grasp. He walked a short distance down the hill behind the farmhouse, to a thick round stump with a small axe lodged in it. Sonny waited in the shadow of a barrel at the corner of the house. Mr McGinley almost lost control of Rosie as he adjusted his hold on her; she clucked and squawked in terror. He pinned her wings at her sides and tucked her under his arm like a football. She ceased struggling, and shook her head with a disturbing tremble. Mr McGinley yanked the axe free from the stump; its blade glinted in the sun. He crouched on one knee and placed the axe on the ground beside him. With Rosie clamped between his hands, he placed her on the stump, and made a soothing clicking noise with his mouth. She shivered but made no attempt to escape. Setting his left hand firmly on Rosie’s back, Mr McGinley freed his right hand and reached into his overalls pocket. He brought his hand out and sprinkled some grain on the small wooden block resting on the stump, and then moved the block in front of Rosie. She tilted her head, and then leaned forward and pecked at the grain. Mr McGinley reached down and picked up the axe. Sonny stepped out from the shadow, his eyes wide. Mr McGinley raised the axe; Sonny gasped. Rosie pecked the grain.