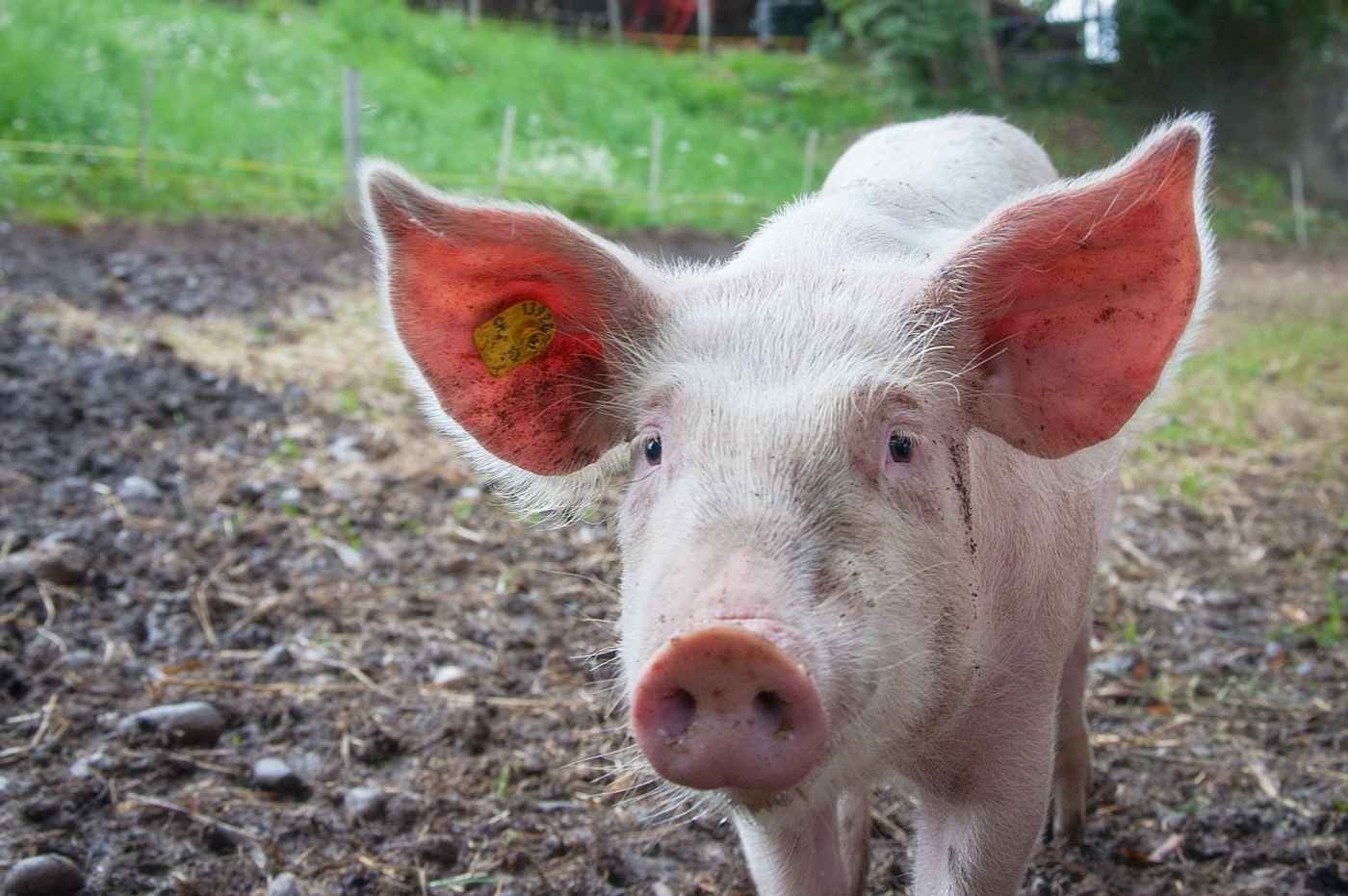 As he approached the avocado trees, Henry looked up and saw two more frightened kittens huddled together and shivering on a low branch of the smallest tree. The base of its trunk had split and grown in two directions, creating a fork through which the rushing floodwater now swirled to make a whirlpool. As Henry neared, the spiralling flow began dragging him to the side; with a mighty push he lunged and hooked a trotter onto the tree trunk, then pulled himself into the fork and wedged his belly there. He let his hind legs float and sway in the current while he caught his breath. Amid the whooshing of water, the ceaseless pattering of rain on leaves, and the rumbling of thunder, the kittens meowed to one another. Henry turned his head and looked up at the kittens on the branch. “You have to climb higher,” he called. “The water is rising. Get to the top of the tree!”

“We cannot climb any higher,” answered on of the kittens. “We are not strong enough.”

Henry looked ahead and thought. A flash of lightning lit up the surface of the river racing at him. All he could see was water. And still the rain fell.

“Climb down!” he squealed. “Climb onto my neck and hold on.”

The kittens in the tree hesitated.

“The water is getting higher, and soon it will reach you,” said the little pig. “I can swim and carry you to safety. You have to come down now!”

The kitten on Henry’s head meowed, and then the kittens in the tree crept back along the branch. They paused where the branch joined the tree trunk; the descent from there was much steeper. The first kitten stretched its front legs out onto the trunk, wavered for a second, then raced down and onto Henry’s back.

“Go up a little higher,” said Henry,” onto my neck. And hold on tight.” He grunted as another set of claws pinched him. “Now your turn,” he called to the last kitten. The last kitten was even smaller than the first two. She had a white stripe on her chest. She crouched and extended a little paw out onto the tree trunk, before drawing it back again. Henry’s belly lifted from the fork in the tree trunk. He clung with his front trotters, as the water swirled around him, trying to drag him away. “Quickly!” he called. “I can help you, but you have to—”

The tiny kitten leapt from the branch, bounced of the tree trunk and fell flailing into the water. The other kittens wailed and dug their claws deeper into Henry’s neck. He released his grip and current picked him up, swirled him around and sent him drifting downstream. He looked left and right, back and forward. A terrified meow called from the waters nearby; Henry spotted a black blip in the rapids, and his stubby legs kicked like a racehorse. Across the surging stream he swam, and caught the little kitten before she was swept away. She scurried up onto Henry’s back and grabbed on as hard as she could. “Climb up onto my neck,” said Henry, but the little kitten only held on tighter.

Along the sweeping floodwater the little pig floated, with the three kittens on his back. He squinted through the rain falling down and the rain splashing up and saw the pigsty standing like an island not too far away. The water now reached up to its fence. He turned and looked across the waters to the farmhouse, and to the mighty tractor, and his little legs kicked again. “I will swim to the house,” he said. “You will be safe there. And then I have to find the other kittens.”

“The others are gone,” said one kitten.

“It will be okay,” said Henry. “I am good at finding things.”

“No,” said the kitten, “before we climbed the tree, the water grabbed them and took them away. They are gone.”

Henry’s eyes widened, and for a moment he stopped kicking. He snorted, set his face toward the farmhouse, and swam as fast as he could.