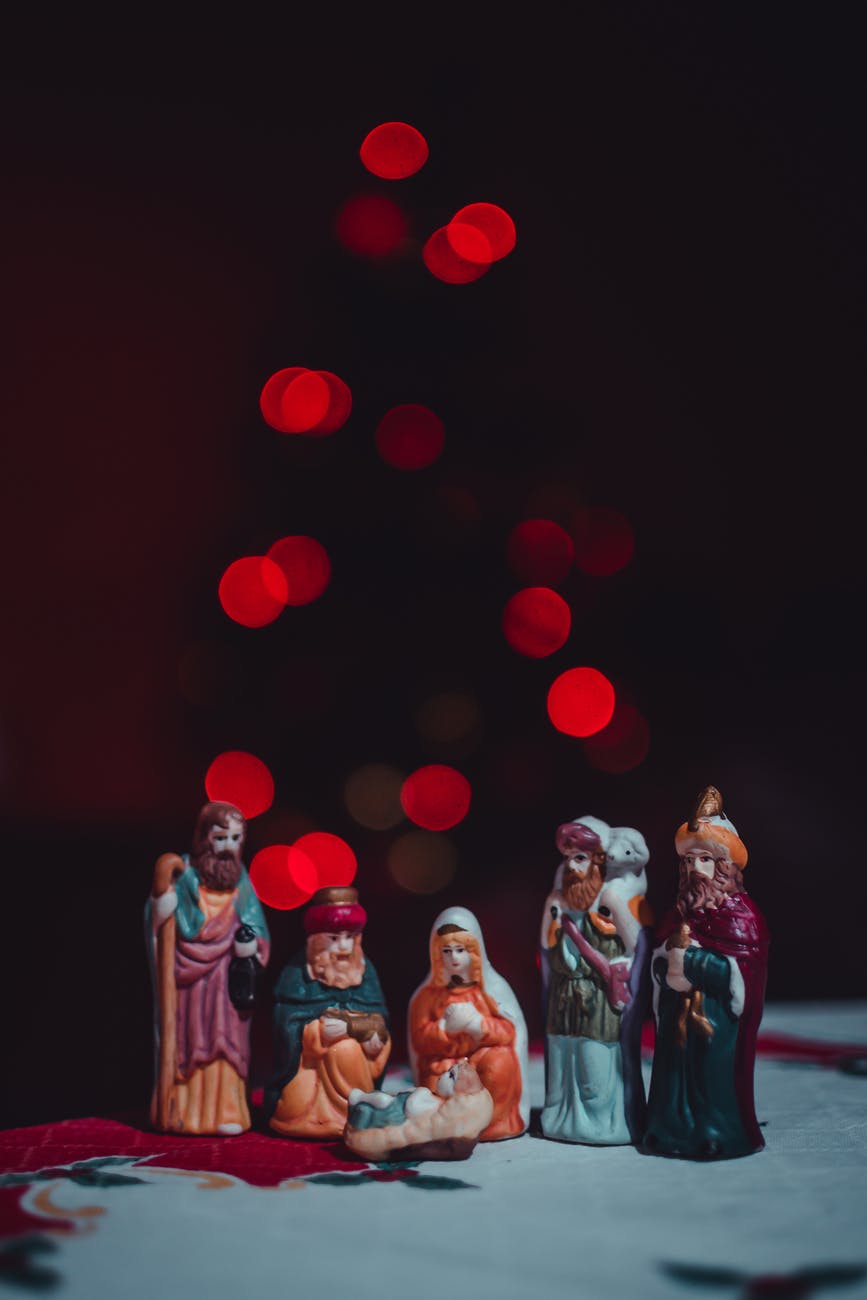 When you think of the very first Christmas, what thoughts come to mind?

Maybe images of cosy wholesomeness, and pleasantness of all kinds.

But that is only one side of the story, and there is a whole other side more,

And you need to know both sides of the story to know what Christmas is for.

Now yes, the first Christmas was glorious, like mankind had never seen,

And the wonder was exceedingly wonderful, more than had ever been,

And the joy, oh the joy! You cannot describe it with words,

And the sights were the most astounding to see, the sounds the loveliest heard.

A great star above Bethlehem lit up the darkness of night,

Shepherds watched their flocks in the field, not letting one out of their sight,

Then an angel brought the shepherds good news, and a choir praised God in the heavens.

Joseph and Mary stayed in the manger, there was nowhere else they could stay,

And Mary gave birth to her firstborn son, Jesus was his name.

The shepherds rejoiced to see that child, for a Saviour they had found,

And about the angels and Christ the Lord they told everyone in town.

So yes, the first Christmas was beautiful, full of joy and wonder,

But this has been taken to the extreme, by one Christmas movie after another.

Over the years an abundance of shows, Claymation and cartoon alike,

And the schmaltzier of the Christmas carols have skewed the message to one side.

Until the average person might get the impression the first Christmas was nothing but fun,

Almost as if Mary preferred the manger as the place to give birth to her son,

And the stable floor was swept and polished, not covered with animal poo,

All the sheep greeted Mary with friendly baas, the cows gave their friendly moos.

So Mary gave birth, she was fine and peachy, the labour was easy as pie,

Then the wise men showed up riding on camels, the star shone bright in the sky.

And it wasn’t just shepherds who heard about Jesus, it seems everyone came to the manger,

A talking donkey, a fairy, a snowman, a whole company of happy strangers.

And to complete the merry little party there in the manger in the middle of the night,

The little drummer boy came smacking his snare drum, the animals didn’t even get a fright.

And no one asked the little drummer boy why he wasn’t asleep at home,

Or if his mother and father knew he was there, and that he had gone out at night alone.

My point is… for all the joy of the very first Christmas, it wasn’t entirely pleasant,

No trees and stockings and reindeer and ham, no children unwrapping presents.

You see, part of the Christmas story is, life was not all smooth and simple,

People had troubles and fears and sins, on earth there’s no hiding from evil.

Joseph and Mary were free enough, but they lived in unsettling times,

They were under the strict rule of Rome, who made crucifixion a punishment for crime.

They had to journey to Bethlehem, because that’s what Caesar decreed,

So they trekked the seventy-odd miles to get there, just what a pregnant woman needs.

Now Bethlehem was booked solid then, there wasn’t a room in town,

So they had to make do with an animal stable—not as cosy as it sounds.

And not long after Jesus was born, an angel spoke to Joseph in a dream,

And told him his son’s life was in danger, to take Mary and Jesus and flee.

For Herod the king had heard about Jesus, that this child was born to reign,

So he sent his legions to the Bethlehem region and had all the baby boys slain.

Now, that doesn’t make for a singalong carol, but all this is Christmas too,

God sent his Son into the darkness… Jesus was sent for you.

To you, a mortal human being, came the divine Son of God,

For you, who rebelled and went astray, he came to find the lost.

To you, with troubles and worries and fear, he gives the gift of peace,

For you, who have messed things up and failed, he will restore and redeem.

To you, who cannot see the way, he will give you sight,

For you, whose soul is weighed down heavy, you will find his burden light.

Jesus came and took your punishment, when on the cross he died,

He carried your sorrows and bore all your sins, so he could give you eternal life.

So while Christmas is a joyful time and worthy of celebration,

And no matter how dark things appear to be, the Christmas message remains true,

Jesus Christ is the light of the world, sent by God to save you.

One thought on “Christmas Poem: The Other Side of Christmas”